Double Feature @ the NLM and USC

Feature #1, NLM, Communing and Giggling with Cajal:
I am honored and humbled to have had another opportunity to write for the National Library of Medicine's Circulating Now.  The new piece, Communing and Giggling with Cajal, expands upon my work as a Fulbright España Senior Research Scholar investigating the Legado de Cajal located at the Instituto Cajal, Madrid.  The article specifically focuses on my examination of his first sketchbook from Valencia.  Below is a highlight feature from the article:

"What can one discover about Cajal beyond visual aesthetics through the task of drawing?  Through drawing, one can engage in “active looking” which is another level of perceptual involvement.  How and who we are with and in our work matters.  It determines how we conceptualize, realize, understand and share.  Toni Morrison wrote in The Bluest Eye “Love is never any better than the lover.  Wicked people love wickedly, violent people love violently, weak people love weakly, stupid people love stupidly…”  Line qualities within a pictorial composition are behaviors that have ideographic subtext.  When retraced, they reveal the content of the maker’s reasoning and ideology beyond technique.  The eye always seeks quality in the perceptually drawn line. The line’s merit invariably betrays the artist through the sight of the other. Study someone’s drawings, and you can study some of their components as a person, value system as a maker, or at a minimum the underground agenda with their work.

On the pages of Cajal’s histology sketchbook, it appears as if his imagination is synchronized with popular concepts in 19th century Fantastique literature.  Strewn with jottings and drawings examining the inner workings of rabbits, mice, cows and pigs, his sketchbook, like Alice’s world has no real order:  it is upside down and backward, there are different points of time in departures, varied research themes, inconsistent goals, plus blank and missing pages.  Alice metaphorically falls down the rabbit hole; however Cajal’s sketchbook is the rabbit hole.  On the page marked “medual conejo” (rabbit marrow), he enters the matrix with unquestioning, commanding lines while sketching the cells of a “fresco” rabbit all the while taunting himself with a “Cheshire” like face hidden in a cell with the words “absolutemente maligno” written beside it.   This cellular Easter egg was a delicious discovery I made one day while recreating that page.   I, and others, had looked at the page previously, but the process of active looking through drawing refined my observation in a manner that allowed me to notice this blast from the past and share a private giggle with Cajal." 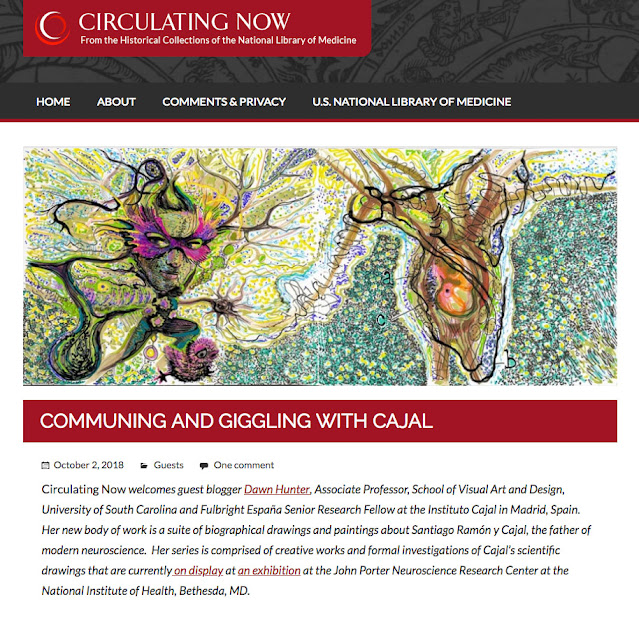 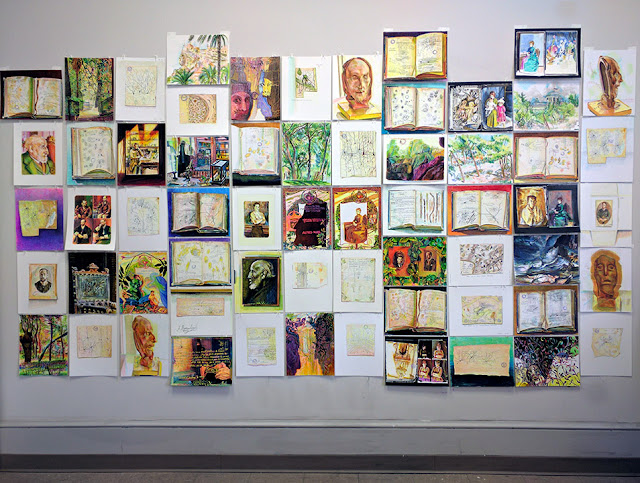 Feature #2, USC, Sojourn to Spain:
I am so flattered to have my project about Santiago Ramón y Cajal featured on the University of South Carolina's College of Arts and Science web site, Sojourn to Spain.  My experience in Madrid was thrilling, and the access to the Legado de Cajal exceeded all of my expectations.  I am so honored to have this opportunity to share my experiences with colleagues and others within the USC community and beyond.  Thank you Mary-Kathryn Craft and Peggy Binette. 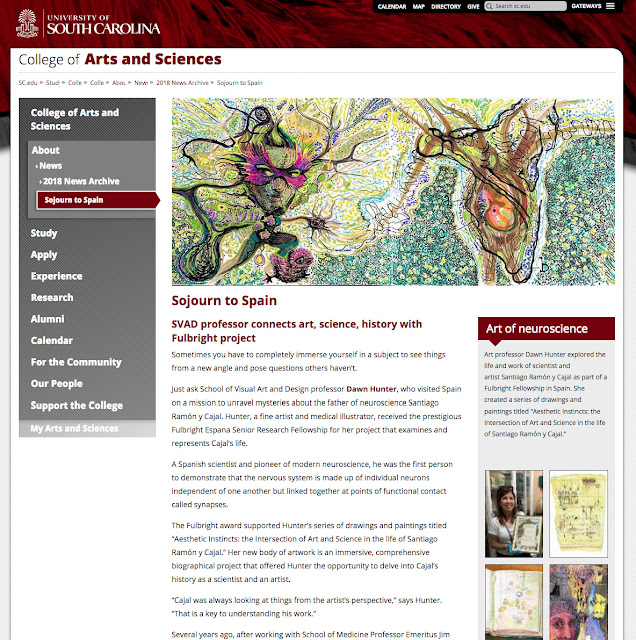 “Heroes and scholars represent the opposite extremes... The scholar struggles for the benefit of all humanity, sometimes to reduce physical effort, sometimes to reduce pain, and sometimes to postpone death, or at least render it more bearable. In contrast, the patriot sacrifices a rather substantial part of humanity for the sake of his own prestige. His statue is always erected on a pedestal of ruins and corpses... In contrast, all humanity crowns a scholar, love forms the pedestal of his statues, and his triumphs defy the desecration of time and the judgment of history.”

Posted by Dawn Hunter at 9:20 PM No comments: 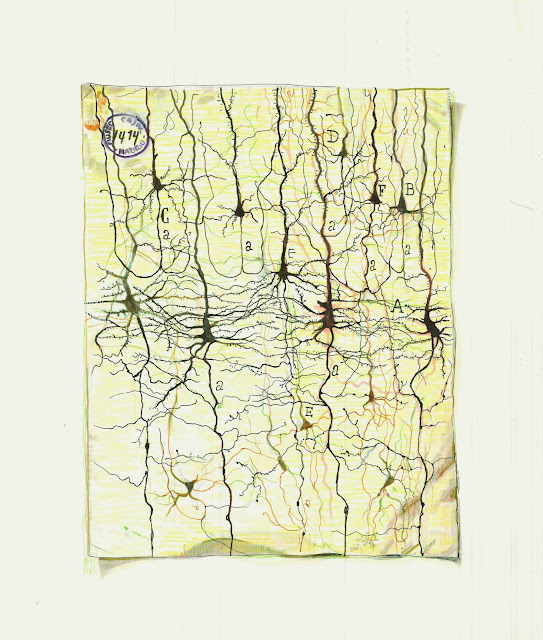 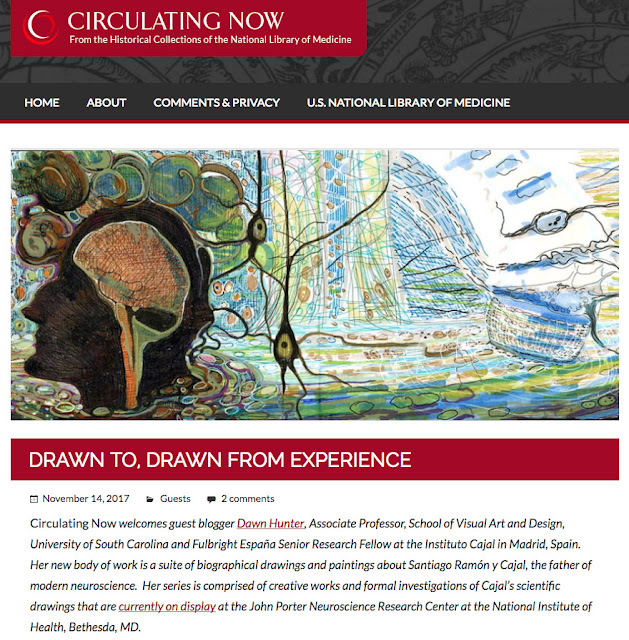 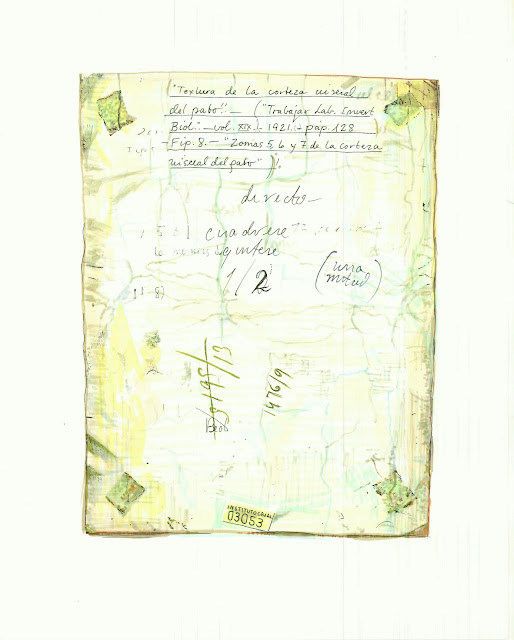 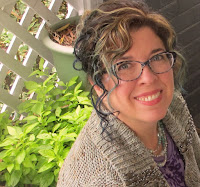